The citizens of Montreal, Quebec, and its surrounding boroughs will soon be seeing more and more self-propelled pothole patchers from SuperiorRoads on their streets, and fewer and fewer potholes.

Last year, Montreal-based road maintenance company Les Enterprises Myrroy purchased 6 SuperiorRoads SR 5000 pothole patchers and began work on the streets of Montreal. Before awarding new contracts, the City undertook a comprehensive study to determine the best method of repairing their roads, including traditional methods such as spray patchers. After a thorough analysis, all 10 available road maintenance contracts were awarded to Myrroy to maintain the major streets and roads of Montreal and its surrounding boroughs with the SuperiorRoads SR 5000.

This Canadian-made product from SuperiorRoads is the only one-person operated pothole repair machine that uses standard asphalt mixes to produce compacted, long-lasting patches. The operator stays safely in the unit’s cab while repairing the average pothole in less than 2 minutes. The SR 5000 can be used in nearly all weather conditions, including rain and subzero temperatures – something that cannot be done using other methods.

The SuperiorRoads SR 5000 will patrol the major city streets and repair potholes when they first appear. By keeping the roads in good condition, the city will be able to delay resurfacing those roads for years. That means a potential savings of millions of dollars for the city. It also means fewer repair costs for the city’s drivers as damage to their vehicles from potholes becomes a thing of the past. Even more importantly, this unit will keep city workers safely out of heavy traffic. Traditional repair methods meant workers had to be out on the roads with little protection against the traffic. With the SuperiorRoads SR 5000, the repairs are carried out by one person who stays safely inside the unit.

SuperiorRoads is also currently demonstrating the newest version of their Canadian-made sweepers – the 4.6 m3 capacity S3 – to the province’s largest contracting groups in the Montreal area. 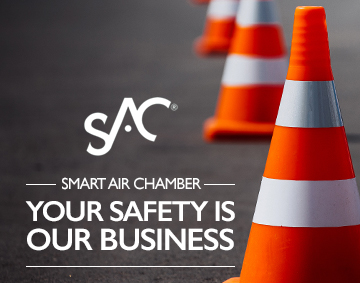